So now I have this big pot of boiling liquid that I need to cool down, and for the best beer, it needs to cool down fast. But what I can't do is mess with it because that will introduce bacteria and wild yeasts. In the length of time it will take to cool down to pitch MY yeast, the other beasties might have already taken control. What I really need is a wort chiller. 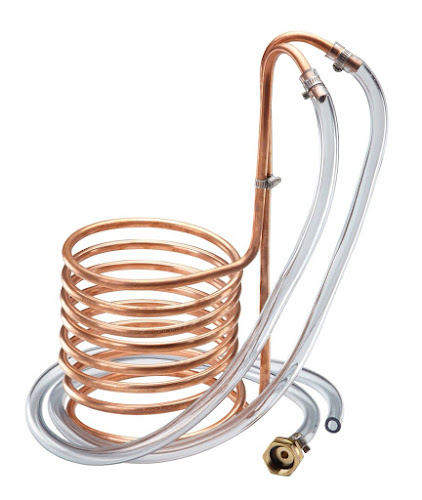 This handy device is set into the boiling wort to sanitize it, and then you take the pot off the stove and set it in the sink or outside and hook up one end to a garden hose of cold water. The other hose runs somewhere that you might appreciate having some nice hot water, like a hot tub. Alas, maybe next time. This time, I had to use the "make-do" approach. 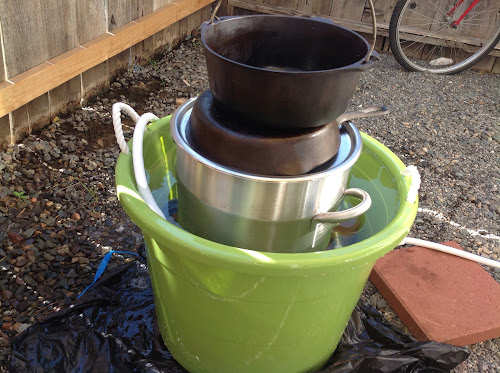 I had to stack some of my cast iron on top to keep the pot from floating, since the liquid did not come up higher than the water. I ran cold water through the bath for an hour, making a little river on the other side of the fence and down the asphalt to the drain. I tested it a couple times, and FINALLY it came down enough to finish this part. By now everything that came close enough to barely kiss the wort had to be sanitized, so I was spritzing everything in the vicinity.

After I poured the wort into the fermentation bucket, I added more filtered water to bring it up to the 5 gallon mark. I took a sample out to test for the specific gravity. 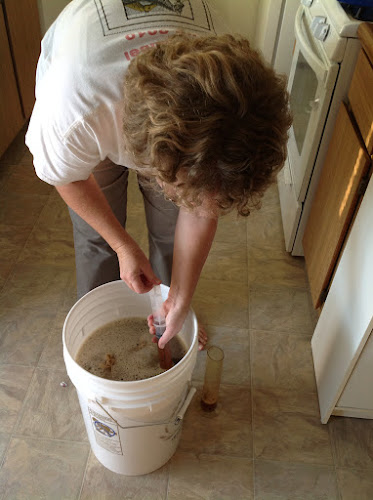 This basically tells you how much dissolved sugars there are in the water, which reveals the potential alcohol level. You take a sample after the fermentation, subtract the difference, and then you can have an idea of the actual alcohol level. 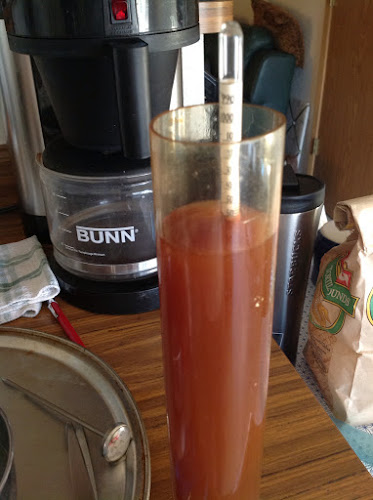 My sample showed the same reading that my instructions said it should, so I know I didn't forget to add anything! 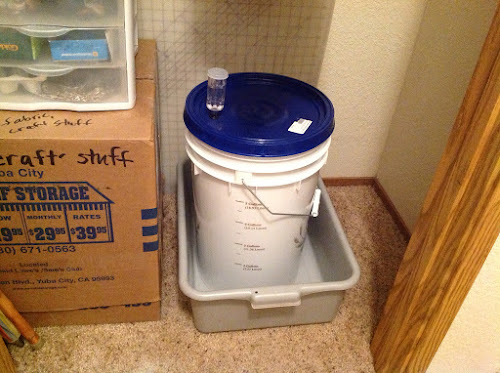 By the next morning the vodka in the airlock was bubbling away, sort of like your kid breathing. And just like a new mom, I found myself checking the nursery, err, closet to see if it was still breathing.

I'll be checking back in for the next step, transferring to the secondary fermenter!