I saw a reference to a raised English traditional pork pie on Facebook the other day, and I dreamily considered how much better everything tastes when it's between two crusts. I'm always interested in historic and ethnic types of foods also, and when I was a Civil War reenactor, most of my "letters home" contained references to pork pies. So I thought it seemed like to right thing to actually make one myself.

I'm not going to give the recipe here, you can look it up if you want to make one yourself. But I'm thinking you can enjoy this one vicariously through me.

The filling: The filling is minced, seasoned pork, in this case, boneless shoulder. I used my food processor to make quick work of that. 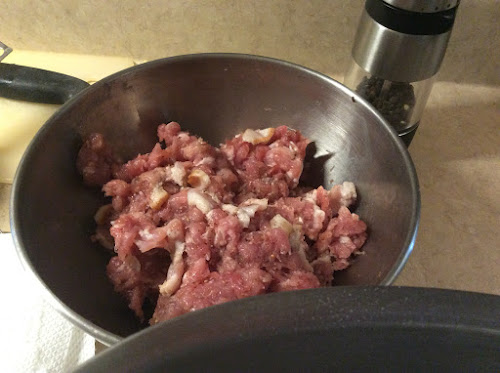 The strange thing is that it is plopped down into the crust without any sauce. But what you do is, after you bake it like that, you pour the jelly through a little hole cut in the top crust to fill in all the empty spaces. Then it is left to chill in the refrigerator. This pie is intended to be eaten cold, as a sort of picnic food, so the jelly stays set up until you eat it. They suggest that you can use a packet of gelatin, but since they gave instructions for the traditional pork jelly, of course I had to try that. 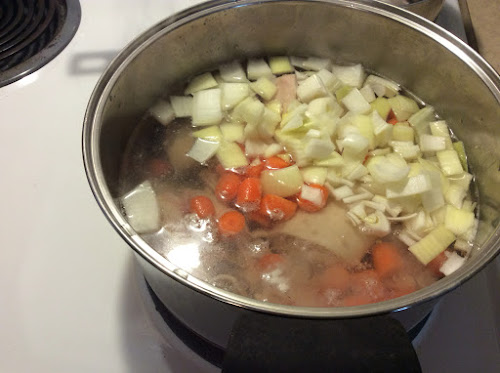 So you do know what makes the jelly part of the broth? 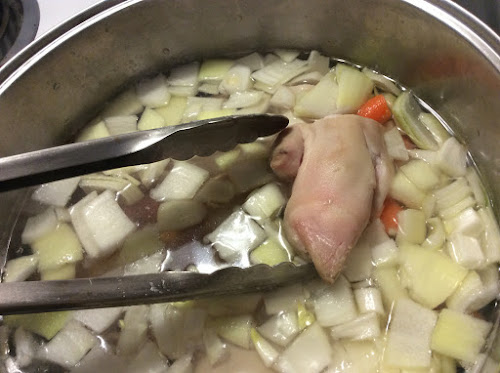 They call them trotters over there. I guess we just call them "feet."

The crust is also different from what you might be used to. It has to stand up to some rough handling so it has to be harder than a tender flaky pie crust like we are used to. Using hot water and doing some kneading does the trick.. It called for a huge amount of lard, which I luckily had from never getting around to making those tamales back in December. 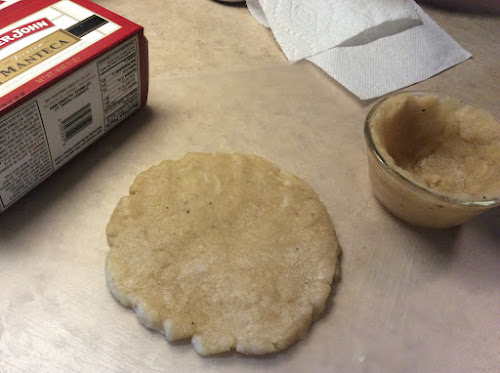 Just working with all that hot greasy lardy stuff made me suspect I wouldn't be craving a bite of the pie for a few days.

The traditional way is to use a "pie dolly" to build up the straight sides of the crust. It won't need further support, and the way you can tell for this method is if there is a little slump at the sides. I used a straight sided jar covered in plastic wrap for my form. 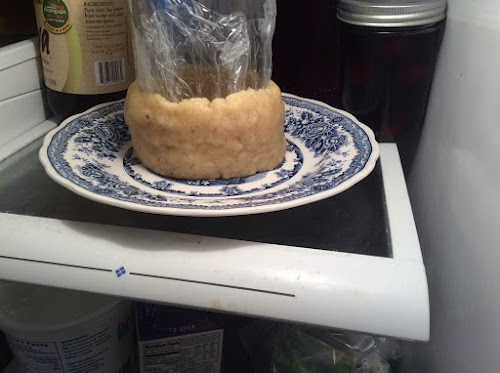 At the same time I also made a mini pie in a custard cup, sort of a tester.

Big meat wad gets dropped into the crust. 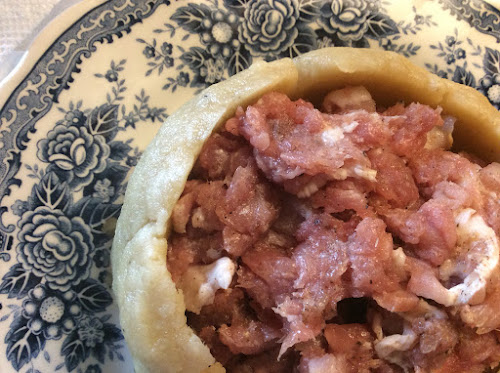 I sealed the lid on top and brushed beaten egg all over it. 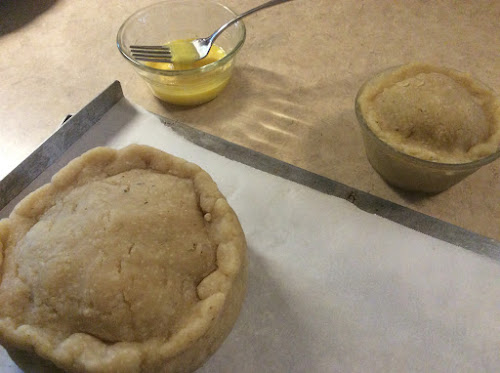 And then I cut the little hole on top for the pouring of the jelly, to be accomplished later on. 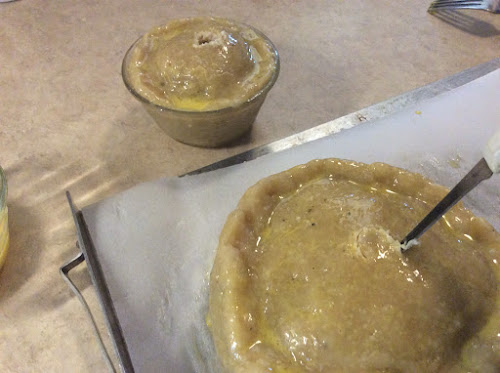 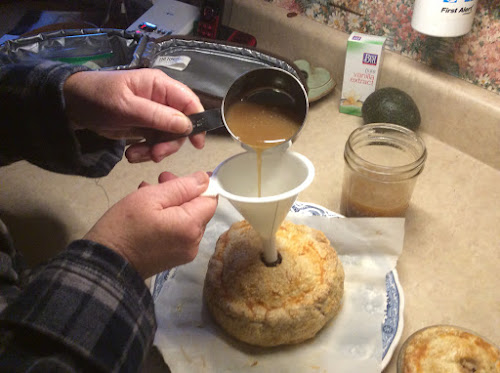 The pies are done! I tested with a meat thermometer, just to be sure. After they cooled down, I poured the jelly in the holes. It didn't take all that much, I guess the meat didn't shrink as much as I thought it might. 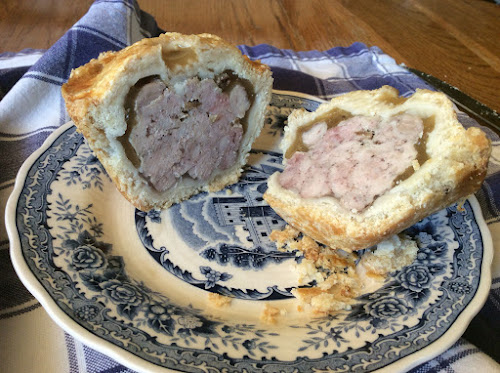 The next day, I cut the little one open. Isn't it pretty! And it really was pretty tasty. The crust didn't seem as greasy and lardy as it had while I was cooking it. In fact, it seemed to be pretty much like a commercial crust. Which is scary, since it makes you realize how much fat is likely in them and you don't realize it. I felt free to leave all the crust on the plate that I didn't feel like eating, knowing that it really is mostly a carrier for the contents, like the trenchers of old.

After eating it cold for a few days, I heated a piece up in the microwave. That was also tasty. The jelly melted and softened up the bottom crust and made it taste nice and porky.

So there you have it. It was interesting making it, and also eating it. Cork even liked it. Which surprised him.

Posted with Blogsy
Posted by Carolyn at 4:24 PM No comments: