Christmas, The Most Delicious Time of the Year! 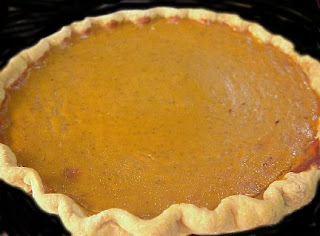 Holidays are always good for spending a few extra hours in the kitchen, and spending them cheerfully to create those wonderful, special dishes that we cannot justify the costs of, the calories in, or the time spent in creating and eating them during the rest of the year. Nay! You’ll be a Scrooge if you turn down that second piece of pumpkin cheesecake that comes around; you’ll be a Grinch if you don’t set out something warming for the frost-nipped guests. And besides, isn’t that what New Year’s Resolutions are for, to try to mitigate Christmas Feasts?

I thought it would be fun to go through some popular Christmas songs that mention feast foods and find out more about these treats. I was quite surprised at how few turned up, but doing the research on the songs that did specify a feast food got me all fired up to do some experimenting and some sampling. Let’s start…

Egg Nog
I’m sort of fond of egg nog. That is, I do like custard, and I do enjoy rum in appropriate circumstances. It just always seems a little too… well, too sweet, or too thick, or too rummy, or not rummy enough. I think if I had just the right recipe, it might work for me. The song that validates egg nog’s place in my list is that beloved hymn “Grandma Got Run Over By a Reindeer.”

“She’d been drinkin’ too much egg nog
And we’d begged her not to go
But she’d left her medication
So she stumbled out the door into the snow.”

Two different stories tell how “egg nog” was named; that the small carved wooden mug used to serve alcohol, a “noggin,” lent its name to the drink; and that it was derived from “egg and grog,” a common Colonial term for the drink, eventually shortened to “egg’n’grog,” then “eggnog.” The ingredients were expensive in England; without refrigeration, milk was a rare drink, and those who could get milk and eggs to make egg nog mixed it with brandy, Madeira, or sherry. Then egg nog came to the English colonies during the 18th century, and that’s where the rum came in. Brandy and wine were heavily taxed, and rum from the Caribbean was a cost-effective substitute. Later, domestic whiskey, and bourbon in particular became a popular addition.

Now, for some of us, the icky part about traditional egg nog is not the milk, sugar or spices, and definitely not the spirits, but the raw eggs. Thankfully, the FDA, in its benevolent concern for our health has come to the rescue and changed the official definition of egg nog so that it no longer needs have any egg in it at all. In fact it needn’t have any milk in it either. Perhaps we should all just have a glass of spiced rum and call it “egg nog.”

In my opinion, there are a lot of two-syllable pie species that can make me happier than pump-kin. Such as cher-ry, ap-ple, chok-lit, and pe-ach. It’s a vegetable, and I respect it for its carotene, but truthfully, it goes down easier with a big dollop of whipped cream. But lots of people find bliss there, so I guess we should ask, how long has it been around? Quite awhile. It was around in Colonial America, though baked in its own shell instead of in a pastry crust. In 1796 the first cookbook that developed recipes for foods native to America, by Amelia Simmons, was published. Her pumpkin pies were baked in a crust similar to present day pies. I like her brevity.

“Pompkin Pudding No. 2. One quart of milk, 1 pint pumpkin, 4 eggs, molasses, allspice and ginger in a crust, bake 1 hour.”

I can just imagine what she’s thinking; If you can’t take it from here, then you don’t deserve to wear an apron!

Figgy Pudding
Christmas puddings are just strange to Americans. It is hard for me to imagine why one would stir up a bowl of crumbs, animal fat, dried fruit, booze, and treacle (def: molasses, esp. that which is drained from the vats used in sugar refining. Gak! The dregs!), tie it up in a tea towel, boil or steam it for half a day, and call it a holiday treat. But nonetheless, we are admonished in “We Wish You a Merry Christmas” to:

“Bring us some figgy pudding…
We won’t go until we get some…
So bring it RIGHT NOW!”

According to Wikipedia, figgy pudding resembles something like a white Christmas pudding containing figs and blended with a custard. Along with treacle, one of the main ingredients is suet. Suet is a form of fat found near an animal’s kidneys. Anyone who would eat steak and kidney pie would also probably eat Figgy Pudding. Many traditional figgy pudding recipes also call for liqueurs such as cognac or rum. Since we are already having rum, also known as “egg nog,” then I vote for cognac. And let’s just call it good there.

Roasted Chestnuts.
Ooooh, they sound so good! I love nuts!

“Chestnuts roasting by the open fire…”

Of all the covers of “The Christmas Song,” I think Nat King Cole does it best.

So one Christmas, I decided my kids should experience chestnuts roasted by the open fire for part of their general education. I bought a little sack of them at the grocery store, and we slit little x’s on the top, so they would not go “Pop Pop Pop!” like another Christmas song. We did everything just like the instructions said and then, with great anticipation to see what the fuss was all about, peeled them and tried them. I was underwhelmed, and then finally my young daughter put a name to it.

So, if someone wants to prove it to me that they are worth trying again, feel free to offer me a small sample and I’ll try to be objective.

Sugar Plums
Technically, I couldn’t find a song with sugar plums, but since “The Night Before Christmas” (aka A Visit From St. Nicholas) has visions of them dancing in the little tyke’s heads, and “The Nutcracker Suite” features the Sugar Plum Fairy, every little budding ballerina’s dream role, I thought I could slip them in.

According to Wikipedia, sugar plums are dragees, a form of candy that can be used for decorative or symbolic purposes in addition to consumption. “Plum” doesn’t mean they had plums in them; at one time “plum” was used to denote any dried fruit.

Combine chopped, dried fruit, chopped almonds, honey and aromatic spices, such as anise, fennel, caraway and cardamom. Roll into balls and coat with sugar or coconut. And just because that seems a little strange to us, it doesn’t give you permission to buy plum-flavored, plum-shaped candies made by candy manufacturers marketed as “sugar plum candy.”

Wassail
Now this one sounds quite capital! When I was a kid, we learned the English song “Here We Come a’Caroling” in choir. Later I found out it is really called “Here We Come a’Wassailing.”

Wassail can be a salutation or toast to someone’s health or as an expression of goodwill at a festivity; it can be the drink used in such toasting, commonly spiced ale or wine; it can be a festivity characterized by much drinking. In Merry Old England, wassail made the holidays all the more festive, but many could simply not afford the cost of the ingredients. Apparently, carolers soon found out that if they went door to door singing, they were often invited in for a cup of hot wassail. So simply singing for its own reward gradually changed to “wassailing,” singing in anticipation of a nice shot.

Frankly, I’ve never been offered a cup of wassail for participating in a caroling session, but maybe those folks benefitting from our melodious chimes just didn’t know the rules. In any case, I’ve found a likely recipe I’m going to try, just in case some ambitious wassailers make it out this way.

And if they don’t, ah well, it’ll be a lovely cold winter’s night for me!
Posted by Carolyn at 4:45 PM